The Group of Companies «PVI ZIT «Naftogazbudizolyatsiya» realizes that its activity has environmental effects. “Neftegazstroyizolyatsiya” is going to determine the consequences of this influence on the environment by means of the environmental policy and will collaborate with clients, subcontractors, suppliers and their employees with the object of decrease the injurious effect. Environmental management system of the company was developed in accordance with requirements of BS EN ISO 14001:2004 standard. It is appropriate taking into account the activity’s influence scale on environment.

The Manager of company is charged with the ensuring of system establishing and application. The manager, who is engaged in environmental question, advises on it and controls the system. He also gives an account directly to directors of “Neftegazstroyizolyatsi- ya”.

With the object of contracts execution the company will aim at conformity with legis- lative regulations, rules and standards concerning preservation of the environment in the country where company’s activity is realized. In case of absence of such legislative regulations the company will use international “advanced experience” in the area of the preser- vation of environment.

The company continues to look for ways for improvement of all the aspects of its ac- tivity concerning environmental effects. Also the company takes part in the development of pollution prevention methods. The company will set itself as an object the preservation of the environment on corporate level and it will be expressed in every contract. It is pos- sible that all the objects will be quantitative. The objects will be revised at the least once per year and once per contract (even if the contract was made earlier). Also the objects will be changed from time to time with the object of the continuation of improvement process. The objects will affect all the aspects of company’s activity and will guarantee iden- tification and taking measures for decrease of environmental effect. The company will introduce, establish and report of its policy to all the employees. Also it will make sure that all the subcontractors, who will have dealings with the company, will be informed of its policy. 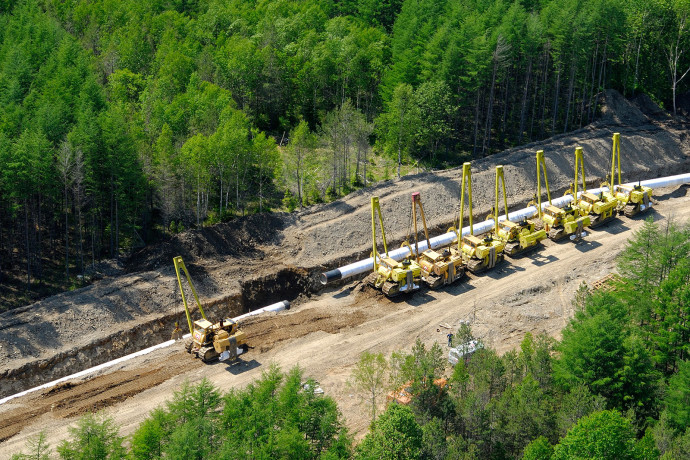